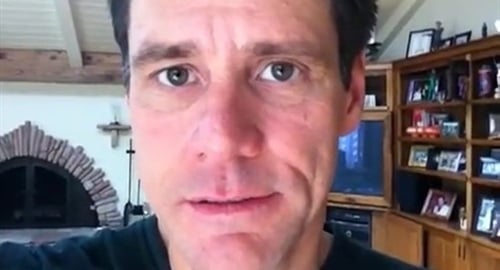 In perhaps the funniest move of his career, Jim Carrey recorded a creepy video message for actress Emma Stone telling her how he wants to f*ck her and have fat redhead children with her.

Truly this video is Jim Carrey at his best, staring creepily into an uncomfortably close camera while taking about having sex with a stranger who is 27 years his junior. But don’t take my word for it, see the comedic genius for yourself in the video below.