Mila Kunis Is Back on the Market 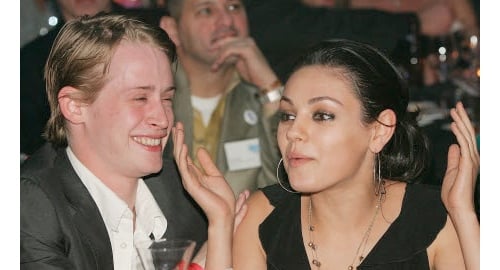 Talk about buying low and selling high. Mila Kunis and her boyfriend of eight years, Macauley “Remember Me?” Culkin have split up, reports every gossip site on the internet.

The timing is conspicuous considering Kunis just recently starred in the critically acclaimed Black Swan, and subsequently, starred in every man and most women’s sexual fantasies.

Many believe the couple actually broke up a while ago, but kept it hidden so that Kunis wouldn’t be assaulted with personal questions during her Black Swan publicity tour. Probably a good idea. This frees up Kunis to date readers like you, so go brush your teeth and keep an eye out for her.

No word on this from Culkin’s camp, but the former child star is rumored to be home alone. (Count it!)