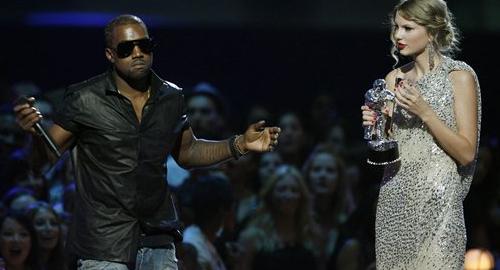 If you remember, a year ago there was a beef between 50 Cent and Kanye West right before their albums dropped. 50 Cent said he would retire if Kanye sold more albums then him because Kanye’s music is garbage. Later both artists admitted the “beef” was staged to promote their album releases.

So Kanye and Wirtschafter have faked a controversy in the past to help promote another artist who he represents. Also isn’t it a little suspicious that Kanye was flaunting that Hennessey bottle all night to show that he was getting drunk?

Celebrities are a big business people. Almost everything is controlled. There is just too much money involved.